Ditch The Diet: How Fad Diets Are Ruining Our Metabolism

Atkins, South Beach, Cabbage soup, Hollywood, Dukan, Lemon detox, Slim-Fast – the list of fad diets is endless and there’s always another new amazing weight loss plan the media is ready to bombard us with quoting miraculous case studies and photos to boot.  The definition of a fad is something that’s here today and gone tomorrow – not the same you can say of weight loss because with these diets there is frequently an initial weight loss due to huge calorie reduction but re-visit these people a year or so down the track and 9 times out of 10 they have regained the weight plus have a huge dent in their self-esteem with their fluctuating weight.

The long and short of it is that many people do lose a lot of weight quickly on these diets but this is not a good way of losing weight. 1-2 lbs per week is the optimum weight loss and anything more than that is not sustainable. The diet industry is all about making money, health is rarely on the agenda – although they will try and fob us off that it is.

Metabolism is the process that takes place in our cells to produce energy by way of breaking down organic matter.  It is a moving feast and can be affected by many things including diet, exercise, and sleep. When we reduce intake of food drastically the body cleverly adapts and thinks we’re in a famine situation so responds as such and slows down the metabolism. When we return to normal eating the body doesn’t know what’s hit it and can easily put weight on as the metabolism doesn’t rise to follow suit in the same way.

Many of these diets use either very low calorie intake and/or avoidance of certain foods groups resulting in the diet becoming unbalanced and usually unsustainable. The Atkins diet is a high fat and low carb diet which can result in short term weight loss often accompanied by headaches, bad breath and constipation.  A problem with this diet is that during the first 10 days ketosis can result. Ketones (organic compounds found in the body) are produced on metabolism of fat which consequently raise ketone levels in body tissues. This in turn can lead to acidosis where the blood and body fluids become more acidic which can lead to kidney problems and even failure. This can also happen with diabetes and starvation – when there’s an imbalance in fat metabolism.  So doing this diet long term is bad news.

One of my pet hates is Slim-Fast which is highly marketed and consists of eating snack bars and drinking shakes for breakfast and lunch followed by a low calorie evening meal. Most people are starving most of the time, their digestion and bowels take a hit and they are also spending a fortune on nutritionally inferior shakes and snack bars. Weight is lost quickly – if you can cope with the mood swings and fatigue, and even gallstones can result from this nutritionally depleted diet. Due to a drastic reduction in food intake the body goes into famine mode and thinks it has to survive on a reduced calorie intake. Then when normal eating is resolved weight tends to pile on. So not only are people unbalancing their metabolism they are also depleting their wallets.

The Lemon Detox diet is an extreme diet which became popular due to Beyonce following it and losing lots of weight quickly. It involves only drinking water with lemon juice, cayenne pepper and maple syrup. Beyonce was quoted as saying. “I lived on water, cayenne pepper and maple syrup for 14 days. It was tough, everyone was eating and I was dying.”  There is nothing wrong with the odd day of fasting or eating very little – fasting has existed in most cultures all over the world since time began. It gives the organs and digestive system a chance to rest especially if they are constantly dealing with junk food. But to do this for 2 weeks is putting the body into starvation mode which can again result in ketosis, and so is playing with fire in terms of health.
The cabbage soup diet was a fad diet of the 1990s with office workers complaining of their colleagues’ flatulence problems whilst on it….  Again this is another version of a starvation diet – cabbage is a great food, full of vitamins and nutrients but man or woman can’t live on cabbage alone as everyone found out to their cost. This was a typical ‘here today gone tomorrow’ diet.

In the 1980s the book termed ‘the revolutionary diet book’ was Rosemary Conley’s Hip & Thigh Diet. Millions of copies were sold even though it did earn the nick named the Fib & Lie diet. This book demonized fats and extolled the virtues of low fat foods which even now is a food
lie many people can’t shake off. What the diet omitted to mention is that there are plenty of fats that are crucial for all aspects of health – mental and physical and low fat equates to high sugar. We are now seeing the result of 25 years of people eating a diet low in fat and high in sugar with obesity levels soaring.

To conclude fad and miracle diets are best to be avoided and should come with a health warning. My favourite quote is from the food writer Michael Pollan who sums up the best way to eat without putting on weight in a mere 7 words “Eat food, mostly plants, not too much.”
Is a food intolerance stopping you from losing weight? Find out more about our Ideal Weight Programme here. 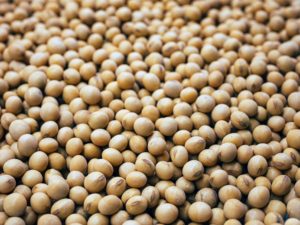