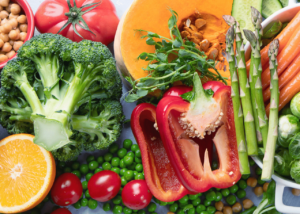 Vitamin B12, or cobalamin, is a critical nutrient that plays a vital role in forming red blood cells and DNA synthesis, supporting the function and development of brain and nerve cells, and maintaining optimum energy levels. Because vitamin B12 is naturally only predominantly present in animal products (like meat, fish, dairy, and eggs,) vitamin B12 deficiency is a common problem that especially impacts individuals who eat a vegan or vegetarian diet.

According to NICE, the prevalence of vitamin B12 deficiency is about 6 percent in people below the age of 60 years and 20 percent among those 60 years and older. These deficiency levels are much higher in those who are vegan or vegetarian, as a plant-based diet is deficient in B12. The management of diet for those who are vegan or vegetarian often requires diligent planning and supplementation, especially when it comes to getting enough B12.

Despite there being some packaged foods that are fortified with B12, it’s still very important to know how to get enough vitamin B12 as a vegan. Below we discuss the concerns surrounding B12 deficiency as a vegan and how to ensure you’re getting adequate amounts.

Why B12 is Important

Vitamin B12 is essential across many of the body’s functions. In turn, a lack of vitamin B12 can lead to a host of health problems, including anaemia, fatigue, neurological problems, and even depression. Here are some of the most fundamental systems and components that rely on sufficient vitamin B12 levels.

Symptoms of anaemia include chronic fatigue, weakness, shortness of breath, and dizziness. In cases of extremely low and deficient vitamin B12 levels, megaloblastic anaemia can occur, which is characterised by large and abnormal red blood cells.

Vitamin B12 plays a key role in the proper function of nerves. B12 aids in the production of myelin – a substance that covers and protects nerve cells. In simple terms, a lack of B12 can lead to neurological problems such as numbness, tingling, and even memory loss.

Vitamin B12 also contributes to the development of a chemical called SAMe (S-adenosylmethionine). This chemical is important for brain health and has been linked to mood disorders, such as depression. Low vitamin B12 has been associated with cognitive decline,1 so it’s important to get enough of this nutrient to protect your overall cognitive health.

Low dietary consumption of vitamin B12 contributes to insufficient serum levels, which can disrupt proper DNA synthesis. As a result, vitamin B12 deficiency can lead to  DNA damage, which can cause a host of neurological problems. Particularly important for vegans and older individuals, low B12 serum levels can contribute to certain neurological diseases, like Alzheimer’s, dementia, and cardiovascular disease.2

Vitamin B12 is vital in supporting the body’s ability to metabolise fats and proteins. Several studies have demonstrated a relationship between vitamin B12 and various components of metabolic health. Lower concentrations of B12 were observed in various metabolic disorders,3 such as type 2 diabetes, obesity, insulin resistance, and cardiovascular disease.

What are the Symptoms of Low or Deficient Vitamin B12 Levels?

The presence of vitamin B12 deficiency can manifest through a number of unpleasant symptoms, such as:

Some of these symptoms can occur in people who have low or deficient levels of vitamin B12 but have not yet developed severe cases of anaemia. Many people too have low vitamin B12 levels without having any symptoms, or they think that the symptoms that they have such as being tired are “normal” for them. Learn more about B12 deficiency symptoms and how symptoms can evolve in severity.

Why Vegans Can Suffer from Low B12

Choosing to consume a plant-based diet, whether by going vegetarian or fully vegan, is the primary lifestyle variable that contributes to vitamin B12 deficiency. B12 is found naturally in animal products such as meat, poultry, fish, eggs, and dairy. But because vegans do not consume animal products, they’re especially at risk of low vitamin B12 as well as other vitamin deficiencies.

This goes against common knowledge that vitamin B12 and D deficiency increases with age and that diet plays an important role. It’s widely recognised that vitamin D, B12, and folate deficiency gets higher as you get older.

However, due to external factors such as vegan diets, there are widespread reports indicating that these vitamin deficiency problems affect younger people. For this reason, many young people can take action to improve their health if they get tested and take supplements if needed.

A blood test is an easy and effective place to start in determining low B12 and vitamin levels. However, severe vitamin deficiency requires an appointment with a GP. The good news is that if levels are corrected, the outcome can make a significant difference in the quality of life among those affected.

Can Vegetarians Suffer from Low B12?

Unlike vegans who consume a strict plant-based diet, those who follow a vegetarian diet will often consume some B12-containing animal products, like eggs and dairy. The main difference is that vegetarians generally do not eat meat and fish.

While some vegetarians can get vitamin B12 from dairy, eggs, fortified foods, and supplements, they are still at risk of developing a deficiency. It largely depends on the individual and their lifestyle and diet preferences.

How Much Vitamin B12 Should a Vegan Take?

Realising the benefits of following a vegan diet requires getting enough vitamin B12, whether through fortified food sources or supplementation. Because most healthy vegans use a vitamin B12 supplement, it’s important to know how much B12 to take in a given day or week.

Recommendations for supplementation vary from source to source and a lot depends on the vitamin B12 level you have when you get tested. One daily B12 supplement of at least 50 micrograms is often recommended. ..

In general, vegans seem to get enough vitamin B12 to avoid very severe health problems like anaemia and nervous system damage. However, many individuals who follow a plant-based diet fail to consume adequate B12 to eliminate potential risks surrounding heart disease or pregnancy complications in women.

If relying on plant-based fortified foods, make sure to check the package labels to know how much B12 a serving offers. For example, if a fortified cereal product contains 1 microgram of vitamin B12 per serving, then you may need at least three servings per day to get enough vitamin B12. But because this amount is still on the low end of the recommended spectrum, most individuals find it necessary to use a B12 supplement.

Combining supplementation and dietary sources is a good nutritional practice for a vegan.

How Should Vegans Ensure They Get Enough B12

Because B12 is only naturally found in animal products, those who follow a vegan or vegetarian diet need to be mindful of their intake and seek fortified food sources as well as take supplements as needed.

So, what types of foods (fortified or otherwise) contain vitamin B12? Below are a few examples.

On the other hand, B12 supplements are an alternative yet equally beneficial source of vitamins that help individuals avoid deficiency and fulfil their body’s daily requirements.

There are a few different ways to get vitamin B12 if you’re not getting enough from your diet. You can take B12 supplements in the form of pills, capsules, or liquids. You can also get it through injections administered in a clinical setting. For instance, if you have trouble absorbing vitamin B12 from food, you may need to take higher doses of supplements or receive scheduled injections to restore levels.

Be sure to talk to your GP before taking any supplements to ensure they’re safe for you to consume. Your GP can help you determine how much you need and what kind of supplement is best for you. Below we share general information regarding how much B12 to consume per day as a vegan.

Vegans need to make sure they are getting enough B12 in their diet. B12 is found in animal products, so it can be difficult for vegans to get enough of this vitamin. So, if you are wondering how to get B12 as a vegan, here are some tips:

Not all vegans are victims of B12 deficiency. Those who educate themselves about their nutritional requirements and supplement needs can consume adequate B12 and other essential vitamins and minerals required to live a healthy and satisfactory lifestyle. Burnout in the UK: Where has the most stressed out workers? 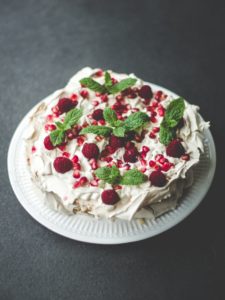