Gluten is actually one of the most common trigger foods for intolerances and sensitivities. In recent years there’s been a rise in awareness of the condition, with many more gluten-free products available.

What is gluten intolerance?

An intolerance to gluten is a digestive condition that can have symptoms like bloating, abdominal pain, diarrhoea and indigestion. It is not to be confused with coeliac disease, a lifelong auto-immune disorder that causes the body’s immune system to attack the small intestine when gluten is consumed. However, coeliac disease and a gluten intolerance can display similar symptoms.

Removing gluten from a diet is essential for people with coeliac disease (which is estimated to affect 1% of the population) as it can lead to other debilitating problems if left undiagnosed. The digestive condition of gluten intolerance, on the other hand, can be pinpointed and overcome via tests and dietary adjustments.

One of the first questions people ask is ‘what is gluten?’. Gluten is a protein composite consisting of the elements gliadin and glutenin, and is found in several types of grains – including wheat, spelt, rye and barley (and therefore most cereals and breads). Effectively, it is the elastic, rubbery protein in grains that binds the dough in bread and other baked goods and helps give a spongy consistency. What To Do If You’re Gluten Intolerant

Watching your diet is one of the most important things do to do if you have a gluten intolerance. Foods to avoid typically include wheat and similar grains. However, if you have wheat intolerance alone, you do not necessarily need to avoid gluten in general.

To start getting to the bottom of your dietary issues, we recommend starting a gluten intolerance elimination diet. First things first, you’ll need to cut gluten out of your diet entirely. Of course, this may unfortunately mean that some popular dishes and drinks may no longer be available to you – pasta and processed foods such as bread are usually the big offenders, but also beer and ales will also have to take a backseat.

Surprisingly, not all food grains contain gluten. Some gluten-free foods include wild rice, corn, buckwheat, millet, amaranth, quinoa, soybeans and sunflower seeds. Additionally, there is a huge selection of “gluten free-from” foods in most supermarkets, with the selection growing every year.

What Is The Impact Of Being Gluten Intolerant?

Your body produces food-specific IgG antibodies as a defence against certain ingredients that may not agree with you. This reaction takes place when incompletely digested food particles enter the bloodstream and are treated as foreign substances – antibodies are formed and can generate an inflammatory response.

For some gluten intolerance sufferers, being thought of as a fussy eater in social situations can be another concern, in addition to dealing with the common symptoms. Whilst there will definitely be an adjustment period, you’ll be amazed at how quickly you’ll adapt to reaching for gluten-free rather than wheat-based products on your weekly shop.

How To Tell If You Have A Gluten Intolerance

After experiencing the common symptoms of gluten intolerance, many people try keeping a food diary or cutting out certain foods themselves, but it can be hard to ascertain for sure what the culprits are. Moreover, a diet suitable for one person may not help another, as every individual has their own food triggers.

However, since symptoms may not show for up to three days after eating problem ingredients and, on average, people react to between four and six ingredients, it is sometimes difficult to work out what specifically is causing a reaction.

Is There A Gluten Intolerance Test?

If you often feel bloated or get constipation and stomach pain after eating, you should first be examined by your doctor before cutting things out of your diet or deciding to go gluten-free.

If you get the medical all-clear and think certain foods could be contributing to your symptoms, it is worth considering a food intolerance test. Food intolerance is characterised as a delayed onset food reaction and is estimated to affect 45% of the UK population.

Understanding your personal food and drink intolerances, or ‘food fingerprint’, can help you identify what your body is reacting to. A YorkTest Premium Food Intolerance Test can pinpoint precisely which foods are causing elevated levels of IgG antibodies in your blood, as it tests reactions to more than 200 ingredients and shows your degree of reaction through a ‘traffic light’ system.

It is also important to get expert nutritional advice, so you can replace your trigger foods with balanced alternatives and maintain a healthy diet.

“A lot of people now are self-diagnosing, the fad being gluten-free and dairy-free. People are doing that without any support and sometimes without replacing eliminated foods with something equally nutritious.

“They are doing that on their own and starting an elimination diet with no knowledge at all. What YorkTest provides is a starting point for an elimination diet, with results that reflect the body’s needs. The IgG antibodies are there in your blood, we measure them accurately and let you know about the foods your body is fighting.

“We encourage anyone who experiences negative symptoms after eating and drinking that they think may be attributable to food or drink ingredients to find out what’s personally holding them back from being the healthiest they can be. We’ve learnt from our customers’ feedback that diet personalisation not only holds the key to good health, but to losing weight, too.”

Is gluten intolerance that common?

There is a rise in awareness of the prevalence of gluten intolerances, and the growth in ‘free-from’ food products shows how common sensitivities are. A quick search for ‘gluten intolerance’ in a search engine will bring up loads of advice, articles and bloggers detailing their experiences with living gluten-free so you won’t have to feel alone. You’ll find plenty more nutritional recipes here too.

What is a gluten-free diet?

Gluten-free diets have surged in popularity in recent years. Supermarkets devote whole aisles to products, and restaurants have entirely gluten-free options on the menu to cater for customers’ dietary requirements.

Gluten-free is one of the biggest revolutions in the food industry since vegetarianism. From gluten-free vodka to popcorn, there doesn’t seem to be a food that isn’t available ‘free-from’ if you want it.

A diet of this nature consists of cutting out all foods that might be igniting the intolerance – such as wheat, rye or barley – which could appear as wholegrains or thickening agents in processed foods. Couscous, bulgur, spelt and matzo are also commonly removed from the diets of people with a gluten intolerance.

Food intolerances have a crucial impact on weight loss and obesity. Dr Hart authored a whitepaper showing that a balanced diet that removes common food triggers may aid in shedding excess weight.

The pilot study surveyed a wide range of individuals who took a food-specific IgG test programme with YorkTest and embarked on an elimination diet after they identified their personal food triggers.

The findings revealed that:

Dr Hart says: “Evidence suggests a food intolerance-led elimination diet can help sufferers of conditions such as bloating, indigestion and irritable bowel syndrome (IBS), among other complaints, and improve quality of life.

“But these findings show an important link to weight loss, too. There are countless dietary programmes out there, but none recognise the possibility that some foods, even healthy ones like carrots or lentils, buckwheat or limes, could be an obstacle to losing weight.” Gluten is found in wheat, rye, barley and any foods made with these grains. It can be difficult to identify all the foods you need to avoid, as these grains are often used as thickening agents in processed foods, sauces and even meat products. It is important to thoroughly check labels for ingredients. Foods to avoid if you experience symptoms of gluten intolerance include:

Which Foods Are Good For A Gluten-Free Diet?

To ensure you maintain a balanced diet which provides the carbohydrates, fibre and vitamins you need, you can supplement your meals with a variety of gluten-free alternatives such as:

In baking, to replace ingredients containing gluten, you can use the following substitutes: 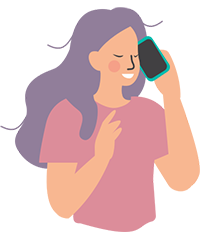