“I feel amazing, free and wise” “I have had IBS since I was 21 and I had never managed to control it successfully,” Ellie explains.

The 34-year-old often tried to adapt her social events and situations around her flare-ups which caused a great deal of stress at the time. “Going out or planning events would be a worry. I would always make sure there was a toilet nearby. I would also have different clothing options in case I was too bloated to fit into my chosen outfit. Feeling incredibly low for no reason would worry and upset me too. It was all a vicious cycle” she says.

Ellie was part of this statistic and visited her doctor, as we would normally advise at YorkTest.

“I had been through a series of tests with the doctors and nothing had flagged apart from IBS. Their advice wasn’t particularly helpful, apart from changing my diet or having a pill prescribed” Ellie explains.

The stage manager decided to take a closer look at her diet herself and see if there were any foods that were disagreeing with her.

“I had tried tablets the doctors had prescribed, peppermint oil, probiotics, kefir, ginger, Buscopan and a (self-initiated) food elimination. I thought I had found my triggers. However, my tummy started to become uncontrollable and anything I ate caused pain, bloating and wind. I realised I needed help and to know more about my triggers,” Ellie expands.

It was at this point where Ellie began to research her symptoms online and see if there was a correlation between what she was eating and her flare-ups. Through online searches alone, Ellie discovered YorkTest.

Did you know over a quarter of our customers in 2018 came across YorkTest through their online research?

The Premium Food Intolerance Test analyses your IgG reactions to over 200 food and drinks – from common ingredients like cow’s milk, gluten and egg, to health superfoods like kale and quinoa.

The process, which involves sending a finger-prick blood sample to the company’s laboratories revealed that Ellie was intolerant to cow’s milk and yeast.

Ellie explains: “I was so surprised by yeast, but it made sense as it is in so much (food). This also explained why I suddenly couldn’t pinpoint the problem. Milk protein was a little surprising as I thought I was intolerant to the sugar, Lactose”.

The programme comes with one 30-minute call with one of our qualified nutritional therapists. This nutritional support is an integral part of our aftercare at YorkTest, as it helps our customers to put their results into action whilst ensuring their diet is nutritionally balanced.

“I was a bit panicked when I received my results. Jackie, the nutritional therapist, helped put my mind at rest and gave me so much knowledge. I wouldn’t have known where to start without her guidance. 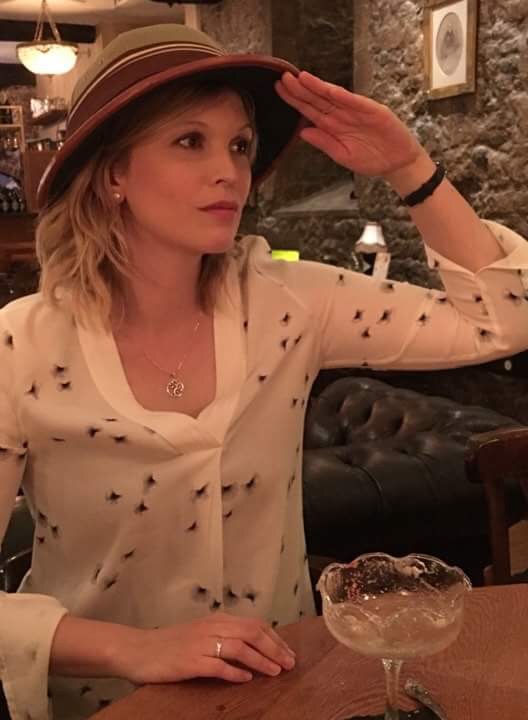 “I was initially worried it wasn’t working but I kept with it. I followed the 12-week plan and wrote down everything I ate, mood swings, bloat, skin, sleeping pattern etc. I had some side effects to begin with due to the yeast dying and leaving my system. However, by week 8 I started to feel the benefits, and by week 12 I felt like a new woman” the 34-year-old describes.

In the weeks leading up to the end of her elimination diet, Ellie’s digestive complaints subsided, and she noticed a difference in her weight. “The weight dropped off me. I didn’t realise how much havoc my digestive system was causing, and how much water I was retaining” she states.

Looking back almost a year later, Ellie has reflected on her experience with YorkTest and her new-found freedom of being able to be in control of her diet.

“Even a year on, I still feel supported. I can now happily eat my trigger foods with no reaction. However only in small doses. If I go crazy on bread and cheese, I know I will regret it, but knowing my triggers has made all the difference. I now know how to cope with flare-ups and I worry less.

“I cannot believe the difference I feel now; I have so much energy. I had no idea how much my intolerances were affecting me and my body. I recommend this to anyone who is unsure but please stick with it. It took time to start working for me, but it was well worth the wait.

Jackie helped Ellie to optimise her diet safely and effectively