“Anxiety reduced and I was able to return back to work”

41 year old Wanita was experiencing symptoms including anxiety, fatigue and heart palpitations which resulted in having to take time off work and seeing a GP.  She was advised from her GP to try antidepressants and try counselling as a viable option. However, Wanita wanted to get the the bottom of her symptoms herself rather masking the issue with prescription medicine.

Wanita had also tried cognitive behavioural therapy, as well as a few meditation techniques to reduce her anxiety – but had no luck. After taking a Food Intolerance Test, Wanita discovered that she was intolerant to gluten, nori seaweed and mollusc mix.

Wanita had to disrupt her usual exercise routine and added that her symptoms also stopped her “socialising with friends”.

After eliminating her trigger ingredients, Wanita’s anxiety and fatigue have all gone and she was then able to return back to work and get back into her regular routine.

It wasn’t until Wanita watched a programme that suggested that blood tests identify the causes of anxiety, that she had considered that her symptoms could be caused by a food intolerance rather than something else. Wanita then searched on the Internet for a company that carries out these tests and decided to go with YorkTest due to the brilliant reviews she saw online.

“Now I am able to go back to work, I feel like I am living my life again rather than just existing. And I now know that if I have any problems in the future I would have my blood examined to find out what is going on”.

Following an elimination diet has meant that Wanita has been able to reintroduce the reactionary foods to her diet, adding “this really surprised me, as I believed I would have to eat a gluten-free diet for the rest of my life”.

The process, which involves sending a finger-prick blood sample to the company’s laboratories revealed that Wanita was intolerant to foods, such as: peanut, egg yolk, egg white and cow’s milk. Following on from the test, the YorkTest Customer Care Team are on hand to answer any queries and offer follow-up advice.

“The Customer Care Team have always been incredibly helpful and they always make you feel at ease and that nothing is too much trouble for them.”

When asked to sum up her whole experience with YorkTest, Wanita added: “I feel very thankful for having the opportunity to be able to have found a solution to my problem, without having to take medication”. 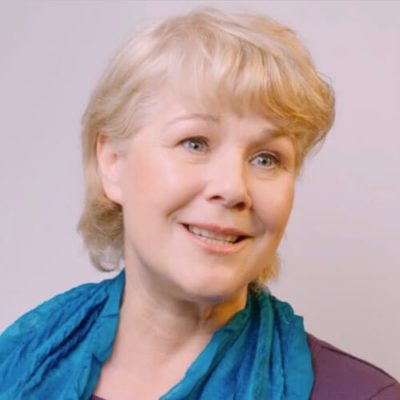