“I am really looking forward to carrying on the diet, trying new recipes and my skin improving even more!”

Receptionist April Ball had suffered from urticaria for the past three years. “I remember the day I woke up and my whole face was swollen and red. I could barely open my eyes,” April recalls. “My boyfriend took me to the walk-in centre as it was so sore and started to weep. This is where I found out I had urticaria”.

Unfortunately for April, she had to battle another skin condition alongside her urticaria. “Since growing up, I have always suffered with really bad eczema which was on my body. I was able to hide [it] but having a condition on my face was totally different,” April says.

Trying to manage two skin conditions left April feeling self-conscious and her confidence suffered as a result. “I wasn’t able to wear make-up. I work in private healthcare meeting patients, consultants and visitors all day. I was so self-conscious the first time it happened, I called in sick – luckily work was really supportive and understanding, and put me in contact with a private dermatologist,” she explains.

The receptionist sought advice from her newly-referred dermatologist and was prescribed steroid cream to knock down her flare-ups. “I reluctantly use [it] to this day, as I worry that the cream will thin my skin. I asked my GP if there were any allergy/intolerance* testing I could have but, due to the cost, he wasn’t able to provide this, but did say it could be beneficial for me,” she says.

Reluctant to use her steroid 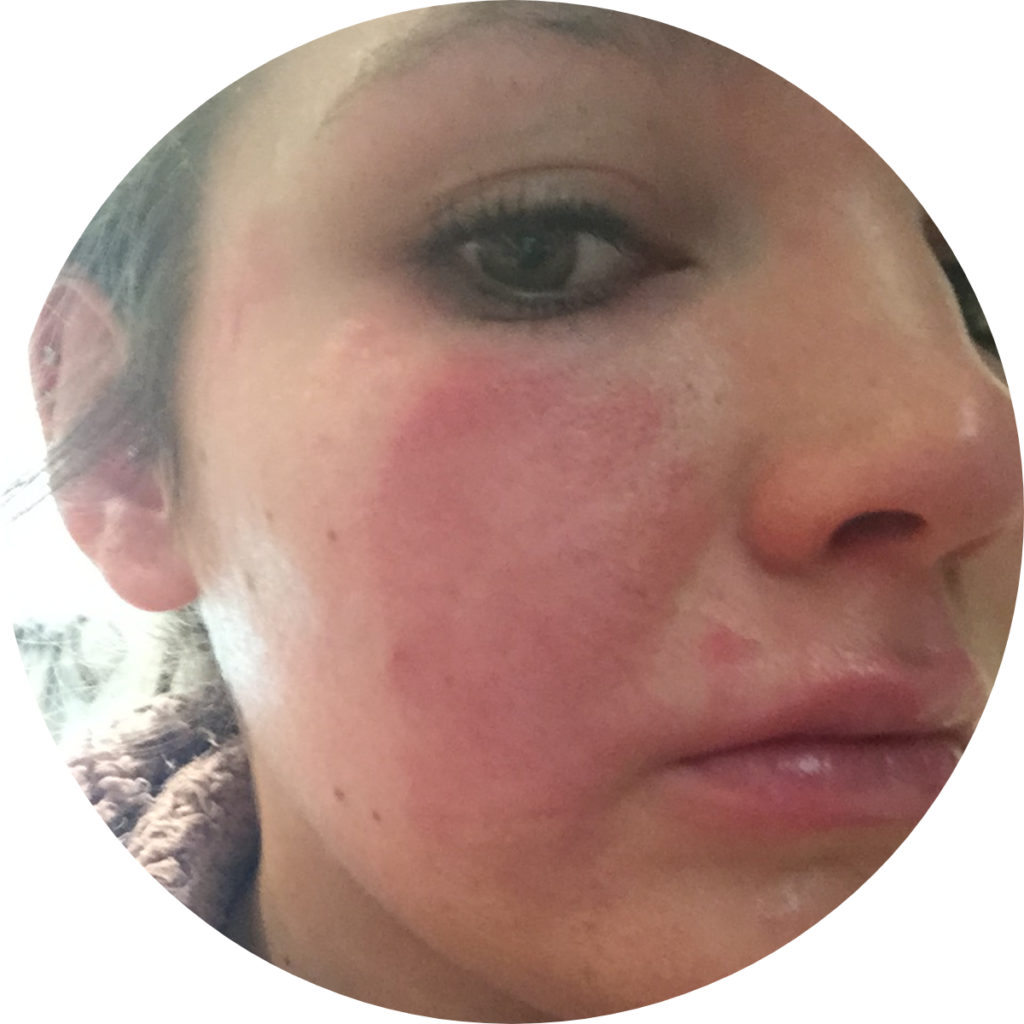 cream, April’s self-esteemed was lowered when she got engaged to her partner. What is meant to be one of the most exciting times in her life, April began to worry about the outlook and prognosis of her urticaria.

“I [was] worried that on the day of the wedding, I will have a breakout of urticaria and that my make-up wouldn’t cover it,” she recalls.

Keen to find out the underlying trigger, April decided to take a food intolerance† test after a recommendation from Wellness International.

The home-to-lab food intolerance† test, which involves sending a finger-prick blood sample to the company’s laboratories, revealed that April was intolerant to gluten, egg white, cashew and cow’s milk.

April says: “when I first got the results, I was a little overwhelmed at how regularly I would usually eat these things”. More determined than ever, April’s next step was to eliminate her trigger foods.

After starting her elimination diet, she has seen a drastic reduction in her urticaria. “I have seen a huge improvement in my skin, as you can see from the pictures, and it’s only been a short space of time,” she announces.

Three months later, April is committed to her new diet more than ever before, no longer feels self-conscious and is positive about her future health. “I am really looking forward to carrying on the diet, trying new recipes and my skin improving even more!”