Can Having A Beard or Moustache Affect My Allergies?

As we move towards the end of the year, the number of men with face fluff appears to be growing day by day. Of course, it’s all for a good cause. For the past few years, November has been rebranded as Movember, and while some of the efforts on show may be more impressive than others, the growing and trimming is all in aid of men’s health. Originally started to raise awareness of prostate cancer, the month long non-shaving pact is now aimed to highlight a more general list of male specific problems, encompassing testicular cancer and men’s mental health. Even better for beard lovers, there’s now a reason not to shave right up to the New Year, with “Decembeard” recently gaining prominence in aid of bowel cancer.

Growing a beard or moustache at this time of year can be fun, can raise money, and may even keep you warm as the weather cools down. However, if you suffer from allergies, you may find that having a beard can have some unexpected effects.

Many sufferers find that when they wear a beard, the symptoms of their allergies can appear reduced.

This might sound farfetched, but there may be a fairly straightforward explanation for this phenomenon. For people allergic to pollen, cats, dogs, and dust, a reaction is caused by allergens entering the body through the nose or mouth. For most people, these allergens or particles are trapped in mucus and then swallowed, causing no effect. However, for people with allergies, inhaling these particles can cause sneezing, coughing, a runny nose and difficulty breathing.

Beards and moustaches can form a barrier for these particles. Rather than being inhaled, the allergens simply get trapped in the facial hair.

This means they less readily enter the nose or mouth and the theory is that they cause less of an effect.

There’s another reason why the hairier spectrum of the population might not feel the brunt of allergies.

When the particles that cause allergens become trapped in a person’s beard or facial hair, they will still breathe some of these in, in a regular and consistent way. As these allergens are kept close to the nose and mouth and inhaled regularly, over time a person may start to build up an immunity to them. This is because the body gets used to small amounts of these particles being present, meaning that you’re less likely to suffer an allergic reaction when coming in contact with larger amounts.

However, it’s worth noting that these benefits will only be noticed if you keep your facial hair clean and tidy. In fact, not washing your beard can have the opposite effect.

As the hair builds up allergens and particles, it can stop acting as a preventative barrier, and work as more of a store of allergens. This means you’ll start to breathe in enough allergens to provoke a reaction. So beard wearers be warned, an untidy beard isn’t only unattractive for other people, but can also have negative effects on your health.

Probably the main benefit of beard growth is sun protection – not so much of a problem in Movember and Decembeard but it might be worth hanging onto your beard into the summer!

If you’re still deliberating over growing a moustache or beard, take heed of these points. A little bit of facial hair could raise some money for a worthy cause, and if you’re an allergy sufferer, even serve to improve your day to day health. You never know, you might even have fun in the process. 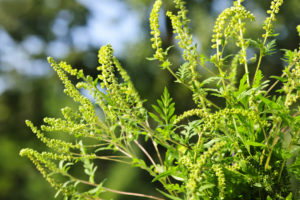