“My food cravings have finally disappeared and I have more motivation and zest!”

Lesley agreed to star in the 2018 yorktest TV advert because she wanted to share with others how she had took control of her diet and improved her overall wellbeing.

“Filming the York Test Ad was interesting and fun and educational for my son,” said Lesley, who brought her son along on the day of filming. “I felt if it helped one person understand issues they were having as a result of food then it would be a good thing to do.” 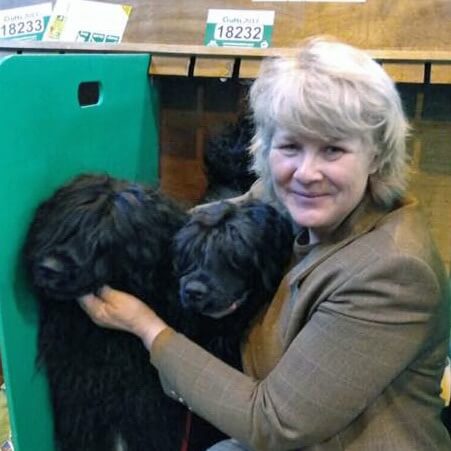 “Overall I am much more active and outgoing. Previously I found food and eating was the center point for my social activities. This is now no longer the case and it has given me more freedom.”

“If I am attending an occasion I am less cautious with what I eat because I do not want my issues to dominate absolutely everything. However on a day to day basis I mostly continue to eat according to the dietary advice following my test.”

After a period of elimination, Lesley has also been able to reintroduce some of the “trigger foods” that yorktest’s simple home-to-laboratory test highlighted, without experiencing symptoms. However, she still finds that dairy products are no good for her.

“I now drink my tea and coffee black and find I have developed an appreciation of different types and flavors which before were masked by the milk.”

Lesley has come a long, long way since discovering yorktest. For many years, she was trapped in a cycle of food cravings and binge eating. She also experienced stomach pain, mouth ulcers, skin reactions and mood swings, which made her daily life a struggle.

Lesley recalls her symptoms starting when she was a teenager.

“Diets would improve things, but when I resumed my normal eating patterns, the symptoms returned,” explained the 52 year old business owner, who lives in York.

“My main symptom was craving food – it ruled my life and I found myself making excuses for my binge eating, blaming it on stress from working shifts,” she explains.

One of Lesley’s passions is horse riding, but she felt exhausted after indulging in her hobby after work, so she would snack, then nap. Holidays and trips were also stressful as she often had an upset stomach, so she needed to visit the bathroom frequently.

Over the years, Lesley tried several solutions, including cutting out alcohol, chocolate and bread for a month at a time and trying gastro-resistant medication for stomach pain, as prescribed by her doctor. However, although some symptoms improved marginally, her battle continued.

The turning point came after Lesley consumed three packets of crisps to satisfy her cravings one day. “Afterwards I felt restless and agitated and my skin was crawling,” she admits.

A friend of hers had recently taken a yorktest to pinpoint her food intolerances so feeling desperate, Lesley decided to try one herself. The process, which involves sending a finger prick blood sample to the company’s laboratories to be analyzed for reactions to up to 208 food and drink ingredients, revealed that Lesley had reactions to cow’s milk, yeast, beef, lamb, Brazil nuts, certain wine grapes, plus the energy-boosting herb guarana.

“I was dismayed as my diet was dairy heavy,” says Lesley. The next challenge was to eliminate her trigger foods, which was a daunting prospect. “The first few days were difficult as I worked out what I could and couldn’t eat. Finding yeast-free products and a cheese substitute was tricky,” says Lesley.

However, within a few days of her new diet plan, she started to feel different.

“After the first week, the cravings stopped and I experienced a dramatic weight loss. And over the next few weeks I noticed I didn’t get any more mouth ulcers.”

Although Lesley says she has always led a full life, she is now able to throw herself into her hobbies with renewed vigor as her energy levels have shot up.

“I have more motivation and zest and having lost weight has really boosted my confidence – I was 13½ stone; now I am just over 12 stone – and I’m now focusing on the equestrian sport dressage as a result.”

If Lesley ever eats her trigger foods, her stomach problems flare up, so she is disciplined enough to stick to her new eating regime. She says:

“Eating out can be challenging at times, but luckily most restaurants offer allergen advice. Yeast is the most difficult ingredient to avoid, so I order a plain salad, or simple chicken and chips and bring my own bottle of salad dressing with me. However, I won’t change now as it’s a life choice. I feel rejuvenated!”